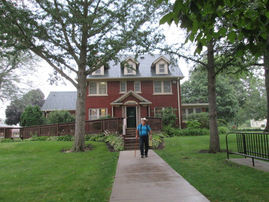 Coming April 21, 2012 Women of Peace United Methodist Parish is presenting a Women's New Life Conference in Elberon, Iowa. Author Fay Risner has been invited to bring her books to the conference. 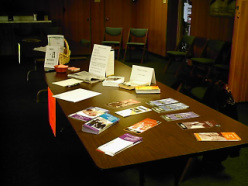 St. John's Lutheran Church, Keystone, Iowa, invited Author Fay Risner to the Elder Health Fair. Her table dealt with Alzheimer's disease. As part of her display she had two books she's written about AD meant to help the caregivers. One is Hello Alzheimer's Good Bye Dad about her father when he battled the disease. The other is Open A Window which is a caregiver handbook which she offered one free in a drawing that day. Both books are full of tips to care for people with AD. Fay gained her experience in 15 years at the local nursing home, 10 years taking care of her father and 8 years running a support group for the area. She was awarded Nurse Aide in 2004 by the Iowa Health Care Association and Professional Caregiver award in 2006 by the Alzheimer's Association

I have been invited to join other authors at a book signing November 15, 2009 at Lemstone Christian Store in Cedar Rapids, Iowa.  Join me if you can and be sure to check back in to see my pictures of the event.  Other authors at the signing will be Kent Stock, Dr. Mary Ann Nelson and Karen Roth. Time 1-3 p.m.

Not only did I have a successful book sale, but I had the time of my life at this event.  I dressed as the homesteader/bushwhacker Ella Mayfield from Montevallo, Missouri.  We couldn't have asked for better weather - light breezes, warm temperture during the sunny days and the tree I was under decorated my table with leaves.
Take a tour of what happened around me on those three days. 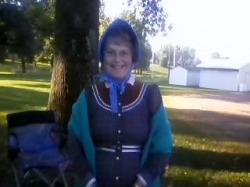 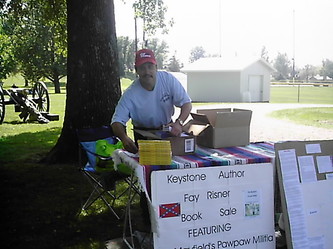 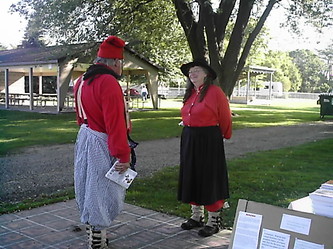 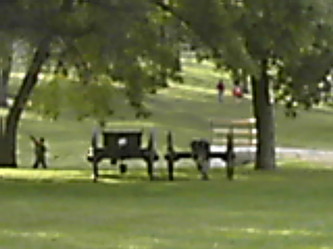 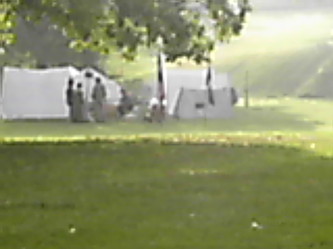 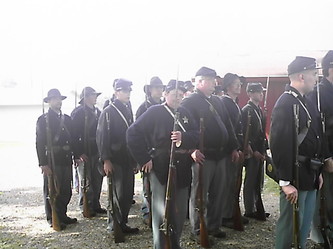 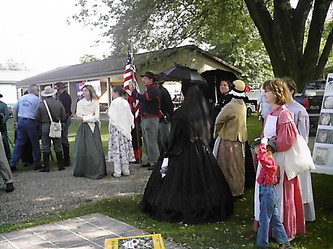 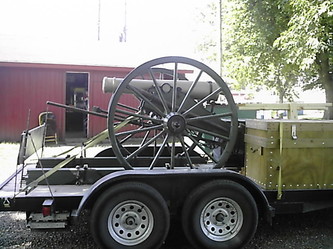